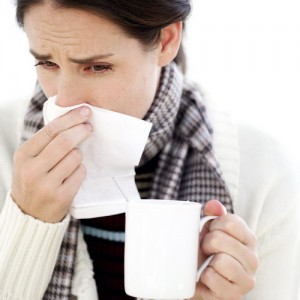 A sluggish immune system is hazardous to your health and well-being. It not only makes cold, allergies and the flu more likely to occur, but it can also increase the risk of developing antibiotic-resistant infections and cancer. Fortunately, low immunity is something most of us have control over. Here are five low immune system signs you should be looking out for.

According to health authorities, getting sick often is a sure sign that your immune system is lacking. On average, adults in the United States experience a cold roughly two to four times every year. American children have it even worse. They get sick an average of six to eight times each year. If you can’t seem to dodge the perils of cold and flu season, blame your immune system.

If you’re like many people, you probably don’t get a lot of time to kick back and relax. Work, family, money and other responsibilities tend to keep you chronically busy and stressed out. However, experts now warn that long-term, unresolved stress could put a serious strain on your immune system. If you notice yourself coming down with things after financial difficulties or big work projects, this is why.

What if there was a reason that you tend to get sick around the holiday season? It might be the copious amounts of sugar in all of those tasty holiday goodies. According to new research, consuming sugar can suppress your immune system for as much as five hours after you eat it. Researchers believe it does this by reducing the effectiveness of white blood cells, your body’s natural germ-hunters.

Nobody likes a runny nose, but it’s actually a good sign. A moist nose means that the bacteria and viruses that get in there become stuck in the mucus and are less likely to make you sick. This mucus is your respiratory system’s natural defense against illness-causing bugs. However, if your nose is dry, it allows pathogens to enter your body easily and you’ll find yourself getting sick more often.

There’s a good reason why staying well-hydrated during illness is so commonly recommended. Your body needs plenty of fluids to help it flush out toxins, bacteria and viruses. How do you know if you’re dehydrated? Look at your urine. If it’s a deep yellow color, you should increase your fluid intake.

Nobody likes to be sick. It drains you of energy and makes everything more difficult. Fortunately, being familiar with the signs of a weak immune system can help you take steps to fix the problem.