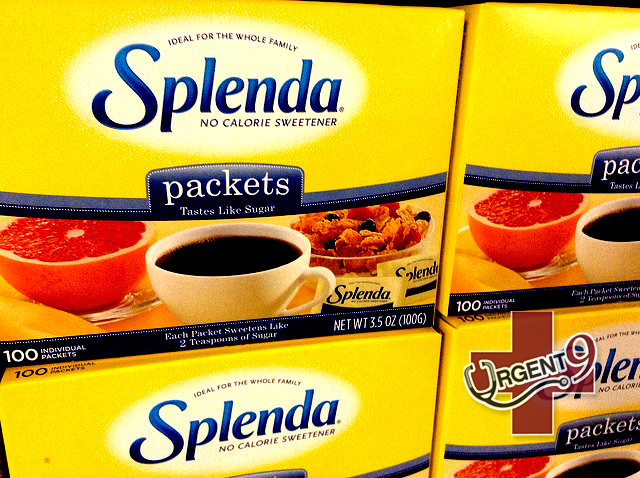 A new study on sucralose, sold under the brand name Splenda, confirms what many Crohn’s Disease sufferers already suspected: it worsens their symptoms.

A Not-So-Sweet Surprise For Crohn’s Sufferers

The latest study out of Case Western Reserve University’s Medical School contains some bad news for those who have Crohn’s Disease and a sweet tooth: it appears that Splenda (sucralose) worsens gut inflammation in Crohn’s patients, resulting in an exacerbation of the symptoms that they already experience.

This revelation won’t be surprising for many Crohn’s sufferers, many of whom have known for years — anecdotally — that the familiar artificial sweetener and its yellow packaging is a harbinger of increased discomfort for them. There is a robust community of Crohn’s patients online who carry on discussions about which foods and drinks trigger their symptoms, and which ones are relatively benign. In this way, Crohn’s patients across the world can help one another manage their treatment.

Yet, it’s oddly comforting to have scientific backing for such anecdotal findings. The study proposes that Splenda increases the number of proteobacteria in the gut of people with Crohn’s, resulting in “increased bacterial penetration into the gut wall”, including E. coli. The study also found that an enzyme found in white blood cells is more abundant in Crohn’s sufferers who have ingested splenda, which might also account for the worsened symptoms.

What Is Crohn’s Disease?

Basically, Crohn’s Disease is a condition that inflames a person’s bowels. The symptoms often vary somewhat from patient to patient, but usually include some unpleasant combination of stomach pain, severe diarrhea, fatigue, weight loss, and difficulty absorbing nutrients. Crohn’s sufferers often have difficulty managing their day-to-day lives around their symptoms, which frequently require a quick trip to the restroom. Therefore, it’s critical that Crohn’s patients know what foods and drinks to stay away from, in order to avoid a rather unpleasant experience at the wrong time.

There is no cure for Crohn’s Disease, which means that treatment focuses on minimizing symptoms and enhancing quality of life. A big part of that involves staying aware and informed of new studies such as this one which can shine a spotlight on a common ingredient that hundreds of thousands of people might not even have known was causing them to experience symptoms.

We’re still learning about the long term effects of sucralose; and, while the jury’s still out regarding whether it is safe or healthy to consume regularly, we can certainly add this new revelation to the “negatives” column for the segment of the population that includes people with Crohn’s.