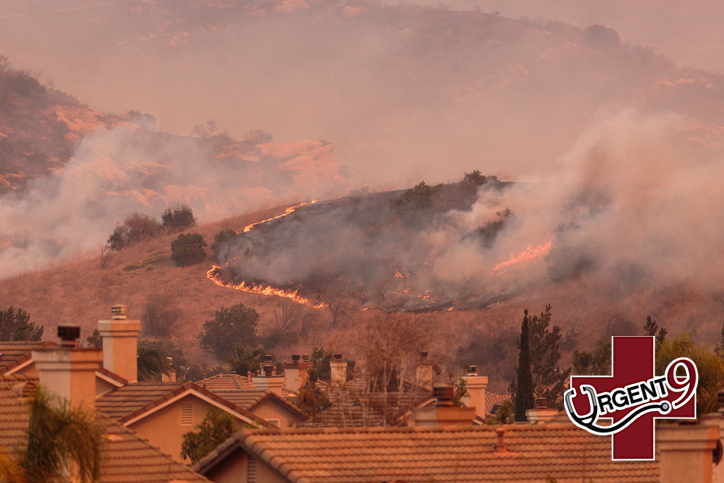 A new study finds that polluted or bad air quality can spoil the benefits of exercise. That’s an especially important finding given the current situation with wildfires ravaging the Southland. Here’s what you need to know to stay safe and healthy.

London should know a thing or two about what it’s like to live in a dense, urban environment. After all, it’s one of the major metropolitan areas in the Western world. And now, a new study conducted by a group of researchers (and published in the Lancet medical journal) aims to shine awareness on the effect of breathing in all that big city polluted air.

The researchers compared the biological metrics of a group of people when they walked to work along major city streets versus taking a route through Hyde Park (a grassy public park area). The results were astounding: the impact on lung function and arterial clarity was evident almost immediately. For the Hyde Park walkers, the entire group saw an increase in lung function and drop in pulse velocity (a measure of arterial clogging). The entire group!

While this might seem like a study about the positive effects of walking in the park, the researchers realized there was another, darker angle to the study: it meant that walking or running outside in areas with polluted air quality was likely negating the benefits altogether.

Air Quality & The Skirball Fire, Creek Fire, and Others

We need to be extra vigilant about air quality right here in Southern California at the moment. With the amount of wildfires raging out of control in our general vicinity, there can be some incredibly smoky pockets of neighborhoods right now. There’s so much particulate matter in that smoke that it’s causing widespread respiratory problems even in Angelenos who don’t normally have any issues.

By staying aware of when air quality in your area is particularly bad, you can limit your time outdoors — and certainly reschedule your outdoor exercise (or take it indoors). Keep tabs via smartphone apps and news reports as to the quality of air in your neighborhood right now, as it can shift even by the hour.