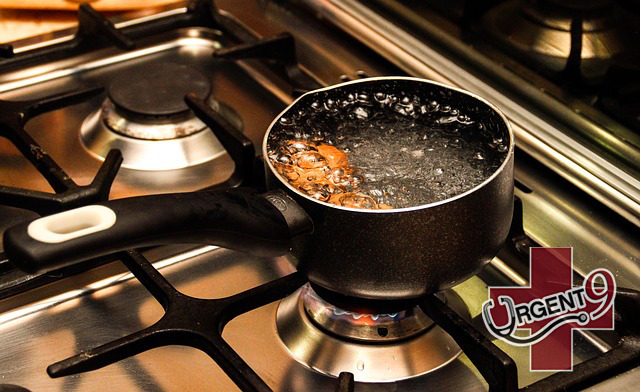 Kids Are In Hot Water With This Dangerous Challenge

A shocking and dangerous trend is sweeping through Los Angeles schools: kids daring each other to drink boiling hot water. Obviously, it’s critical that parents are aware of this fad, and are doing everything they can to educate their children about the dangers of this and other similar challenges.

What Is The Hot Water Challenge, And Why Is It So Dangerous?

Kids say (and do) the darndest things. But sometimes, their games and ideas go too far, as is the case with the suddenly popular “hot water challenge.” The hot water challenge is, unfortunately, just as it sounds: kids are attempting to drink boiling hot water on a dare.

It’s not hard to imagine what the result of such hot water can do to your child’s sensitive physiology. If they’re lucky, they’ll only sustain second- to third-degree burns in their mouth and/or esophagus. But, as we’ll see Dr. Momjian mention on television in a moment, the burns to the inner throat can cause a deadly reaction. As the inflamed airway continues to swell, it can close off completely, rendering the afflicted child unable to breathe. What’s worse, this can all happen in a matter of moments, making timely help difficult to come by.

Why would children do such a thing, when they clearly know it will hurt and be damaging (even if they perhaps don’t understand the extent of the seriousness)? The pressure to fit in, be perceived as cool, or impress their peers is a constant challenge for kids — that’s nothing new. But it’s up to parents to help their kids understand it’s OK to say “no” to things that are dangerous or inappropriate. Keeping your kids aware of what “challenges” to avoid, and giving them the confidence to opt out of unsafe situations, is the best medicine in these cases.

Dr. Momjian Appears On Telemundo To Discuss The Dangers Of The Hot Water Challenge

Dr. Manuel Momjian, founder of Urgent 9, appeared again recently on Telemundo to discuss the dangers of the hot water challenge. You can watch his appearance in full below (in Spanish):