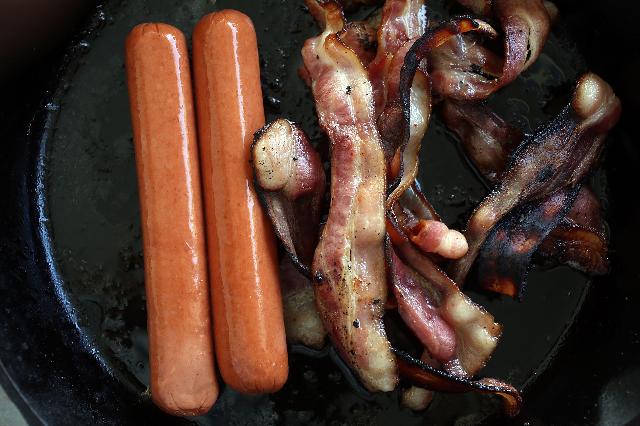 The WHO, World Health Organization, announced that processed meats, bacon, and sausage equally contribute to cancer just as much as asbestos and cigarettes. A recently released report states that read meat and processed meats are linked to cancer.

WHO invited 22 scientists to research cancer and determine the correlation of over 16 types of cancer and the consumption of processed meat and red meat. The scientific panel researched over 800 epidemiological studies collected from the 4 corners of the United States, Japan, Europe, Australia, and other geographical locations over the course of 7 days. According to the report published by Lancet Oncology, the scope of the report covers global diets involving diverse ethnicity.

WHO officially classified the consumption of processed meats as a bona fide carcinogenic to the human body. The basis of the determination is in direct correlation to colorectal cancer. Colorectal cancer causes over 50,000 deaths per year and is the second most deadly form of cancer in the United States. Stomach cancer is linked to the consumption of processed meat as well.

A list collected and kept my the International Agency for Research on Cancer further supports the scientific panel’s determination because the list contains activities and compounds that are more than likely to distribute carcinogens throughout the human body.

Processed meat is receiving more attention in its carcinogenic content than red meat, but WHO says that the difference is negligible. Also, the group asserted that the consumption of red meat is related with prostate and pancreatic cancer via strong mechanistic evidence.

The WHO group referred to a study from 2011 as a main line of evidence, from which point, they combed through an additional 28 studies on the link between cancer risk and meat consumption that dates as far as 1966. The scientific analysis determined that for 100 grams of meat consumed, colorectal cancer increases by 17 percent. The same analysis determined that colorectal cancer increases by 18 percent, a 1 percent difference, for every 50 grams of processed meat consumed each day.

Research analysis shows that humans and rodents produce chemical compounds such as haem iron and its subset, N-nitroso compounds (NOCs). The NOCs are associated with oxidative damage to intestinal organs that foster the delivery of carcinogenic compounds. The process of curing meats is shown to increase the levels of NOCs as well as polycyclic aromatic hydrocarbons, which are also carcinogenic. When meat is exposed to heat, especially high-temperature cooking such as barbecuing or frying, it formulates a cancer-causing and mutagen agent known as heterocyclic aromatic amine.

The analysis is definitive, and it asserts that the connection between cancer and meat consumption is real. Previous studies in the years preceding supports, without explicitly saying that the consumption is related to carcinogens. For instance, the ACS (American Cancer Society) stated that people should consume more fish and vegetables rather than processed meats. Agencies such as the WCRF (World Cancer Research Fund) have aligned views with WHO’s position that processed meats cause colorectal cancer, according to The Guardian. In the future, the people should expect a rebuttal from meat industries. According to the Washing Post, National Cattlemen’s Beef Association said, “We simply don’t think the the evidence support any causal link between red meat and any type of cancer.”