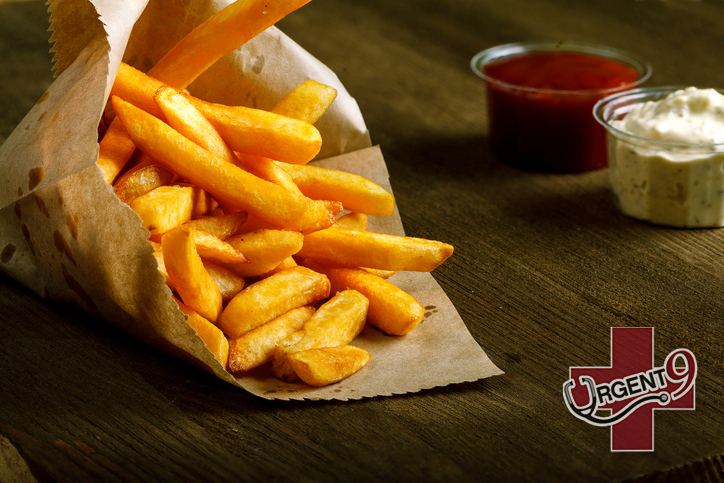 The American Journal of Clinical Nutrition has just released a study with some shocking implications about fried potatoes’ effect on our mortality rate. It turns out that french fries might be among the most dangerous snacks you could possibly eat.

Bad news for french fry lovers comes out of the American Journal of Clinical Nutrition today. A new study looked at a sample of 4,400 people between the ages of 45 and 79. Specifically, their dietary habits were very closely monitored, as well as their resulting health and overall wellness.

One correlation stood out immediately from the data after 8 years of conducting the study: those who consumed fried potatoes (such as french fries or hash browns) twice a week or more had double the mortality rate as those who did not. Again, correlation does not imply causation, but this is a staggering figure that should make any french fry aficionado do some soul searching.

There are a number of theories as to why this correlation exists. Could it be the trans fats present in french fries? Could it be the lifestyle factors that come along with fast food consumption, such as hypertension and obesity? One popular hypothesis is that it’s the acrylamide present in “over-toasted” food (think the brown or black color when you fry something too long). There is a prevailing sense in the medical community that acrylamide is strongly linked to increased cancer risk.

Potatoes Are A Complicated Food

There’s no doubt that frying potatoes is probably the unhealthiest way to consume them. But on the whole, are potatoes good for you, or bad for you? The answer, as with most nutritional questions, is complicated. The fiber and moisture contained in potatoes are good for us, and potatoes are rich in the kinds of nutrients our bodies crave in order to be healthy.

However, potatoes are an example of an extremely starchy food, which has troubling effects on our metabolism. Basically, their highly glycemic nature makes it very easy for us to gain weight — and experience related heart health problems — if we over-consume them.

What’s the moral of the story? Well, as we always say at Urgent 9, your diet is medicine too: preventative medicine. So, it’s critical to monitor what we’re eating, because what we put into our bodies has profound consequences on our health both in the near future and down the line. When it comes to french fries, it’s important to realize that when you’re eating them, you’re indulging. Do your best to limit how often you have french fries, and chances are you’ll be around a lot longer to enjoy the finer things in life.