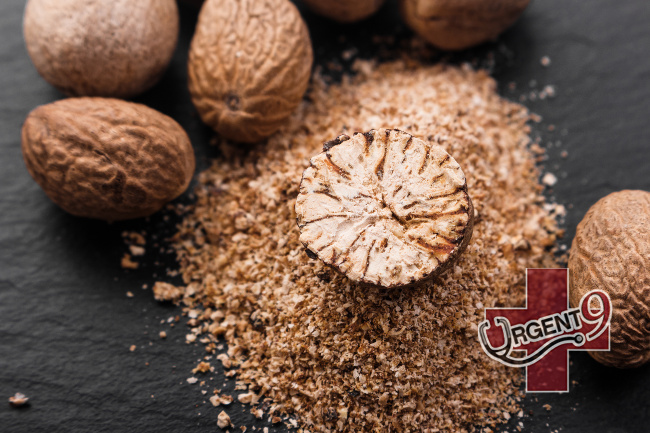 Getting High On Nutmeg? The Latest Bad Idea On The Internet

Nutmeg intoxication. Yes, it’s real, and it’s the latest bad idea that’s being tried by kids and teens across the internet in the so-called “nutmeg challenge.” But this common household spice can bring some pretty nasty side effects in large doses, so it’s critical that you educate yourself and your children on why they shouldn’t go trying to get buzzed off of nutmeg.

Nutmeg Is A Source Of Myristicin

First, let’s start with a fact: there is indeed a chemical compound in nutmeg (called myristicin) that produces somewhat intoxicating effects when consumed in high doses. That much isn’t under debate. However, those looking for a cheap buzz would do well to look elsewhere besides myristicin for their entertainment, because this compound isn’t exactly pleasant to experience.

The supposed nutmeg “high” is really a state of dizziness, nausea, confusion, and even hallucinations at certain dosage levels. That’s because myristicin wreaks havoc on your central nervous system, the pathway in your body responsible for transmitting important signals and information all throughout your biological grid.

Unsurprisingly, many people who eat a ton of nutmeg end up in the hospital trying to reverse the nasty effects of myristicin — and it’s estimated that at least half of those cases were due to intentional nutmeg “dosing.”

It gets even worse, though. Myristicin is so powerful that, if taken in large enough quantities, it can cause even more unpleasant effects than the aforementioned dry mouth, dizziness, and nausea. Yes, myristicin overdose has been shown to cause issues like organ failure and even death, depending on what other substances were in the person’s body at the time.

As you can see, nutmeg poisoning is no joke. This is how dangerous urban myths spread to cause real harm throughout communities — someone figures out that you can get a so-called “buzz” off of a common household ingredient (not knowing anything about the incredible dangers associated with consumption of that compound), and hundreds of other kids try it out at home.

By having a conversation with your kids about common sense and how to treat your body respectfully, you can rest easier knowing that they won’t fall prey to the latest stupid internet challenge like this latest one surrounding nutmeg.