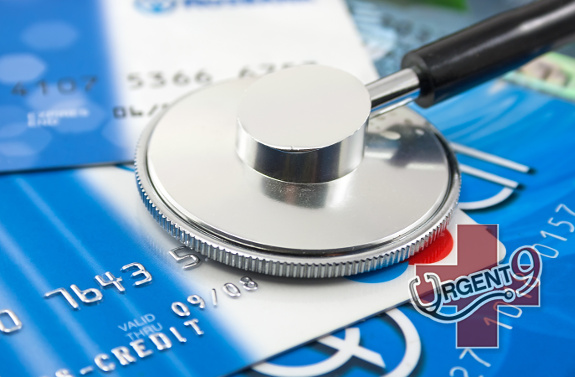 It’s no secret that while our quality of healthcare itself is excellent in this country, the ways we access that care financially are utterly broken. And recently, more attention is being paid to one of the main financial health casualties of medicine in America: patients’ credit scores.

You’ve probably heard by now all the horror stories out there about an unexpected illness or medical expense resulting in the draining of someone’s assets; and eventually, their personal bankruptcy. Less mentioned, though, are those who manage to avoid bankruptcy itself after medical debt, but who suffer a crippling blow to their credit.

When an unwieldy medical debt isn’t paid, and is eventually sent to collections, the resulting effect on credit can have huge quality-of-life problems on the debtor for years to come. It could be the difference between being accepted for a student loan, purchasing a home, or even getting an apartment or qualifying for a car. In a country that prides itself on a rugged ethos of individualism and hard work, it seems patently unfair that some people end up behind the 8-ball before they even have a chance. Hugely inflated medical debt is a result of overpriced healthcare, legality loopholes, and a system that is spiraling out of control as lawmakers frantically slap band-aids on top of a broken core.

If you have a decent healthcare plan, you might consider yourself insulated from this kind of a nightmare scenario. But think again: this situation happens to plenty of people with solid plans, if the illness or trauma is expensive, major, or sufficiently unexpected. Even when covered, you might find yourself looking at astronomical bills that threaten to wipe out your savings. Often, it’s assumed you’ll negotiate these down, but many less savvy patients don’t understand this, and end up entering financial ruin in the ensuing mess.

Data indicates that as much as 20% of credit reports in this country include an unpaid medical debt. That’s having a real-life impact on individuals and families across the country, who are finding it impossible to refinance or improve their living situations as a result.

But what if there were a better way? A huge part of the problem is cost inflation: as insurers are expected to foot much of the bill, medical costs keep rising… and if something isn’t covered, that enormous cost gets passed squarely to the patient. That’s why at Urgent 9, we’re doing our part on a grassroots level to restore medical pricing back to an affordability and accessibility that makes even unexpected medical issues affordable for families in the Los Angeles area. We believe that if enough medical practitioners follow our lead, we can make a real dent in this problem and reduce the amount of financial woes faced by the patients in our communities.