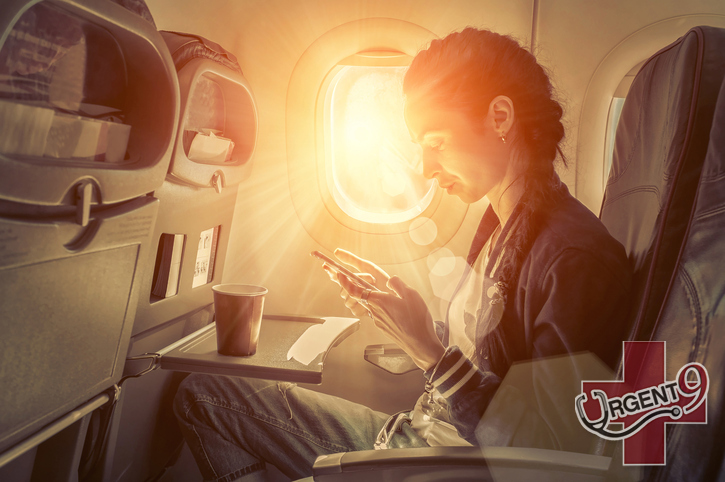 How To Stay Healthy On Long Flights

The recent death of actor and author Carrie Fisher from a health incident while flying illustrates the danger that long plane rides can pose. Although we don’t know for sure exactly what caused her death, the details are reminiscent of a DVT — a common problem when lifestyle factors intersect with the dangers inherent in flying for long hours.

The Risks of Long Travel

There are many medical conditions that can be triggered through the stresses and rigors of long air travel, and others that can be simply exacerbated by it. Whether you travel often or you only take a flight or two a year, it’s important that you stay aware of the risks and dangers associated with flying so that you can avoid some of the common medical pitfalls that can occur while 30,000 feet in the air.

As mentioned earlier, it’s entirely possible that Carrie Fisher’s death was a result of a DVT (deep vein thrombosis) that broke free and shot toward her heart. DVTs are notorious for occurring during flights that last more than 4 hours, but the risk is nearly exponential if the flight is longer than 12 hours. A DVT is essentially a blood clot that comes together deep within the veins inside your legs, blocking important blood flow. The clot itself is quite bad, but the real deadly risk is if the clot breaks free and travels to another part of the body.

If the clot blocks the blood supply to your lungs, you end up with a condition known as a pulmonary embolism. This is an extremely serious problem that can have effects ranging from difficulty breathing to almost instant death.

Fighting Back Against DVTs

So, DVTs sound pretty scary, right? It’s almost hard to believe that airlines don’t do more to educate and inform their passengers about the danger — and specifically, how to counter it.

Doctors generally agree that you can minimize the risks of a DVT occurring by getting up to stretch and walk around every couple of hours. Just by doing so, you are promoting normal, healthy circulation, and you can prevent a clot from ever beginning to form. Why don’t more people do this? It’s hard to say. It’s likely that many people have no idea how dangerous it is to sit for that long at that altitude without getting up to move. It’s also possible that people feel self conscious about continuing to get up and move around every few hours. Maybe they don’t want to disturb their neighbor, or they feel self conscious because other people aren’t doing it.

However, as you can see, none of those are actually good reasons to remain stationary for so long. There’s no point in trying to avoid feeling self conscious when the alternative can mean a pulmonary embolism.

Other Ways To Stay Healthy While Traveling

Although DVTs are probably the most significant acute health risk while traveling, there are other things to keep in mind if you’re looking to stay healthy while on the road.

One of the biggest areas you can focus on to keep medically sound while traveling is the food you put into your body. Too often when we are traveling, we neglect the nutritional promises we’ve made ourselves, and revert to what’s easy, convenient, tasty, or simply in front of us — and we eat that.

Instead, have the discipline to continue your positive lifestyle choices even when on the road. After all, diet and exercise truly are medicinal in and of themselves, and a healthy lifestyle can cut down on your risks for a myriad of conditions and diseases.