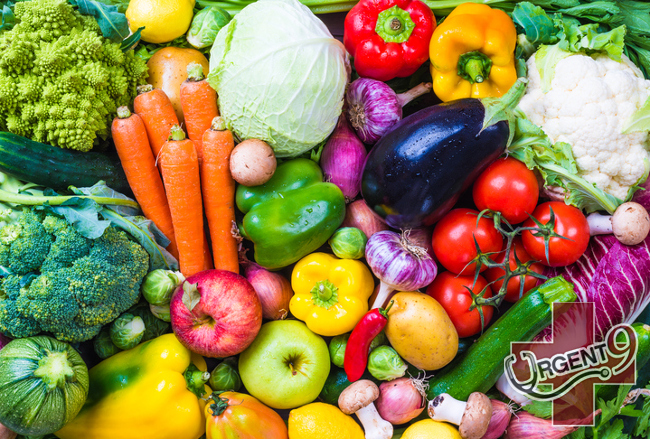 A new study by Pew Research takes a comprehensive look at Americans’ strong opinions toward both organic and genetically modified (GM) foods. Meanwhile, reputable studies have indicated that the actual health benefits of organic food may be somewhat unclear.

Admit it, this has happened to you: you walk into your local grocery store, grab your cart, and head to the produce aisle. You peruse the choices in front of you, and get ready to pick out a carton of blueberries. One carton bears the supermarket’s logo on a plain white background. The berries look pretty good. The other package has “ORGANIC” stamped all over the carton, with an image of a sun-kissed field and a happy farmer.

Which one do you put in your cart?

If you’ve been lured by the promise of health benefits from organic food, you’re not alone. According to Pew Research, 55% of Americans believe that organic food (that is, food which is grown as naturally as possible without pesticides or genetic modification) is healthier. These opinions are reflected in their purchasing habits as well as their views on genetically modified produce.

So, is there really something to the idea that organic food is so much better for you than food which has been treated or genetically modified? The science on this particular matter is still unclear, but several thorough and well-funded studies were unable to draw a line between organic food and healthier outcomes. The studies did show that organic eaters had lower levels of pesticides and/or antibiotic-resistant bacteria in their system, which is probably a plus — but in trace amounts, those things have not been shown to be tangibly detrimental to public health.

It’s also hard to get the facts straight on organic food’s impact because of a catch-22 problem. Are organic foods correlated with healthier people? Or, are people who make sure to buy organic simply more focused on health and what they put in their body in general, and would have similar health outcomes with non-organic produce? It’s tough to say, but for now the pertinent studies on the topic aren’t willing to draw any firm conclusions.

Right alongside the issue of organic food is the increasing public awareness (but not necessarily understanding of) genetically modified food. Genetically modified food is, broadly speaking, food which has been selectively grown for certain traits that make production of that food on a large scale more logistically feasible and with greater yield.

Just as with organic food, people tend to have a visceral reaction to the idea of genetically altering the food they put in their body. However, much like other gut reactions that are founded on impressions instead of science, genetically modified food has not been shown to be harmful to our population.

Yet, Americans simply don’t seem to be all that interested in the science behind the issue. In fact, only 19% of Americans said that they had faith in the scientists or the scientific process behind the studies on genetically modified food. Those people, other studies show, are taking their strong opinions to the grocery aisle — and aggressively spending their food dollars only on organic, non-GM food.

When it comes to what you put in your body, you should always trust science and facts, not the latest trendy fad or article that doesn’t cite any sources. The bottom line is, if you’re putting fruits and vegetables in your body, you’re doing something right — organic or otherwise.