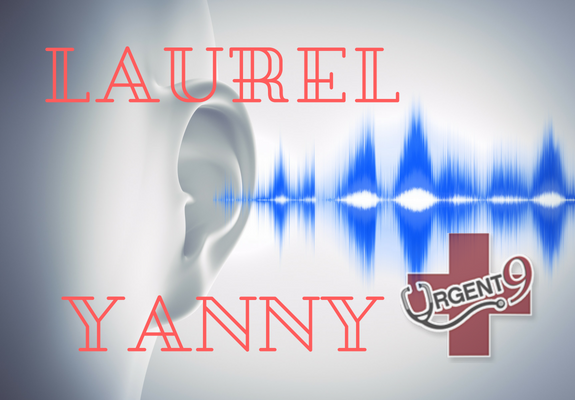 Laurel Or Yanny: Which Is It?!

Spent any time around social media lately? You’ve probably seen someone (or lots of people) post a bewildering audio clip in which some people hear the word “Laurel” being said, while others swear they hear the word “Yanny”! So, how is it possible that two people can hear two entirely different words from the same audio clip?

Remember “the dress” a few years back? Some of your friends on social media swore it was white and gold, while others claimed to see black and blue. It was the social media meme that divided friendships, caused lovers’ quarrels, and left curious people scratching their heads. And now, we’ve been served up the dress’s auditory equivalent with this week’s “Team Laurel” versus “Team Yanny” debate.

By now, you’ve probably heard the clip, but if not, here it is:

What do you hear?! Yanny or Laurel pic.twitter.com/jvHhCbMc8I

Which do you hear? Can you even believe that some people can hear the opposite? This debate reminds us that our senses are fallible, and that our perception is limited to stimuli that can be received entirely differently even from two people standing right next to each other.

As freaky as it might be, there’s an explainable underpinning to this whole crazy thing. For starters, it’s been confirmed that the original recording was of the word “Laurel” — so in a way, if you were Team Laurel, you won. Yet, that doesn’t mean that the people hearing “Yanny” are wrong, either. But how is that possible??

Essentially, it has to do with the way audio works… and particularly with the way that this low-quality clip of audio is being perceived. With such a wide range of devices through which to hear the clip, certain frequencies contained in the original clip will be more prevalent on some devices than others. The lower-pitched “Laurel” sound is more likely to be heard on devices with a more noticeable bass response, and by those who are more sensitive to low frequencies of sound.

On the other hand, those who listened on devices that boosted high frequencies, or who more clearly perceive high frequencies, might mysteriously hear the world “Yanny”. That’s because of something called a spectrograph, which is an acoustic analysis that highlights syllable resonance. As it turns out, “Yanny” is eerily close to “Laurel” when spoken and looked at on a spectrograph (even in new recordings). When you combine that with an oddly recorded, low-fidelity starting clip, as well as a wide array of listening devices, you get the great Laurel/Yanny debate that we’re all already sick of!