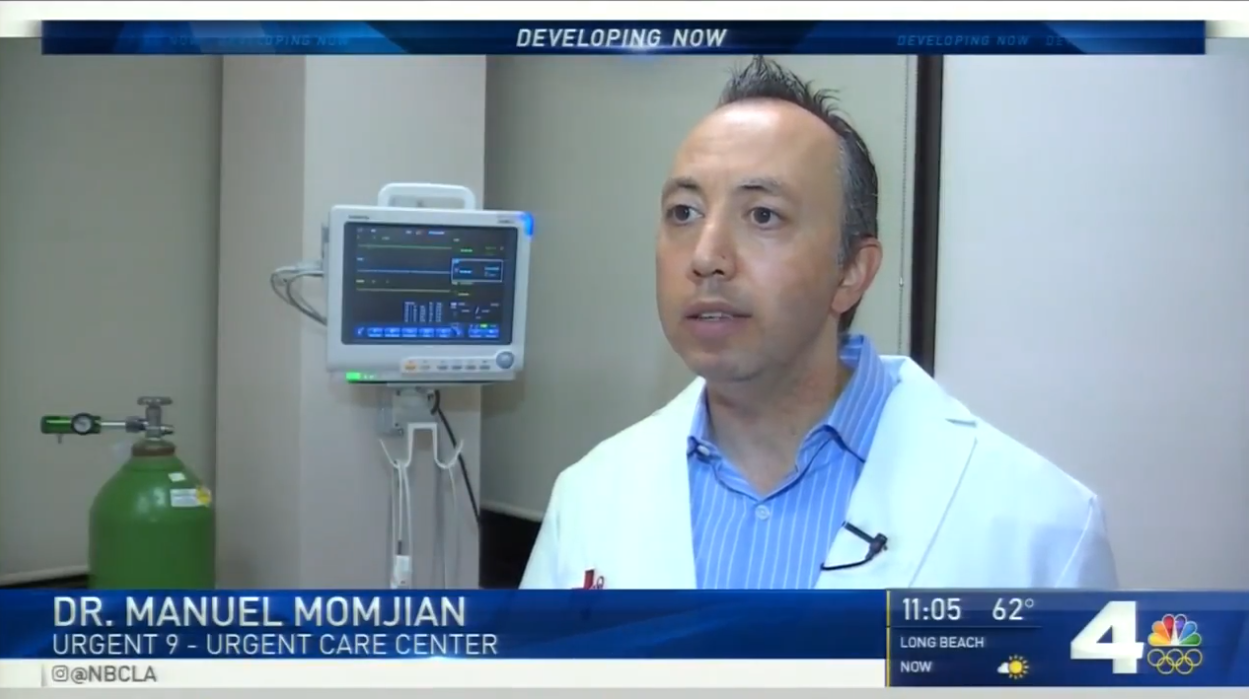 Today, Dr. Momjian appeared on NBC 4 in Southern California to discuss an outbreak of Legionnaire’s Disease that appears to have originated in Anaheim at Disneyland.

What Is Legionnaire’s Disease?

When the news broke that an outbreak of Legionnaire’s Disease occurred at Disneyland this week, recent visitors to the park were on high alert to see if they displayed any symptoms. So far, 11 cases of the disease have been reported, but that number is expected to grow simply due to the nature of how many people travel through the turnstiles at the popular theme park each day.

Legionnaire’s Disease is a severe lung infection caused by inhaling water droplets containing Legionella bacteria. Left unchecked, the disease can be fatal; but for most, they will mainly experience unpleasant and painful gastrointestinal issues. At Disneyland, two water cooling towers were found to have elevated levels of Legionella, although neither was in an area that park guests are supposed to be able to access.

Disneyland has since corrected the issue, and stresses that the park is currently totally safe for guests to visit. However, public health officials are conducting a more thorough investigation to understand how this could have happened, as well as to try and track down others who were infected before their cases worsen.

Watch: Dr. Momjian Appears on NBC 4 To Discuss The Outbreak

As one of the Southern California area’s most trusted family doctors, Urgent 9 founder Dr. Manuel Momjian is often asked to appear on local news broadcasts to discuss matters of public health.

Below, you can watch his appearance discussing the outbreak of Legionnaire’s Disease at Disneyland.