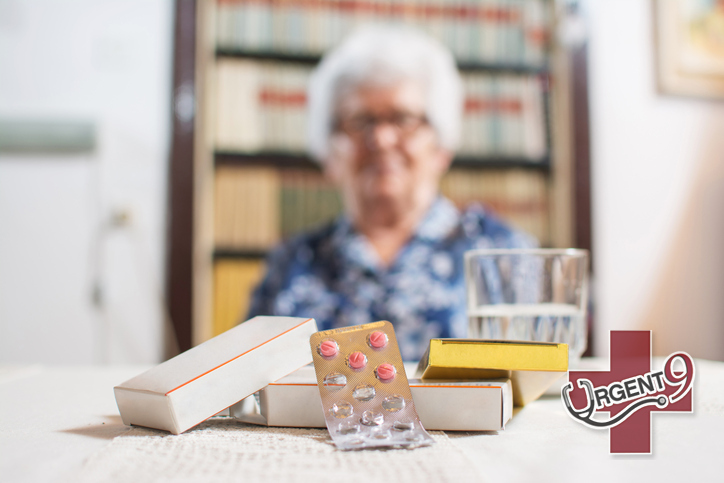 This Pill Is Being Over-Prescribed To The Elderly

A bombshell report by CNN may have uncovered massive and dangerous over-prescription of a drug on the senior citizen population for financial gain. The drug Nuedexta originally was designed to treat a very specific condition — but reporting suggests it’s being “pushed” on patients who don’t need it, and the results are devastating.

Pseudobulbar affect, also known as PBA. Have you heard of it? Chances are you haven’t, because it’s a very rare condition mostly found in people who have multiple sclerosis or Lou Gehrig’s Disease (ALS). Pseudobulbar affect causes uncontrollable fits of crying or laughing in the patient, which can be distressing for both the afflicted as well as their families.

The FDA approved a medication to treat PBA called Nuedexta — it’s a “little red pill” that costs almost $13 a pop. A year’s supply of the medication for one person costs almost $10,000. In 2011, government spending on Nuedexta via Medicare was hovering around $4 million. By 2015, that number was scraping the $140 million mark.

Where did all those new prescriptions come from? The vast majority of new Nuedexta users were, and are, senior citizens in long-term care facilities. This raises a lot of red flags immediately: beyond the extremely niche application of Nuedexta (for PBA alone), elderly patients in long-term care facilities are bombarded with medication daily. Is it possible that financial interests are driving pharmacists and others to “push” Nuedexta prescriptions on senior citizens who don’t really need it? CNN’s investigative reporting seems to point fairly conclusively at that theory.

A Financial Incentive For Over-Prescription of Nuedexta

Unfortunately, it’s all too easy for senior citizens to be taken advantage of in our society. They are frequently the targets of online scams, pushy salesmen, and worse. The situation surrounding Nuedexta highlights a particularly egregious breach of the trust between the elderly and their care facilities. To be given a pill you don’t even need is a serious, serious failure of ethics and responsibility.

What’s worse is that we are now getting data about what these unnecessary prescriptions are doing to our elderly community. Already, 51 deaths have been linked to Nuedexta’s unnecessary application, with hundreds of other incidents including dizzy spells and falls with Nuedexta suspected as the primary catalyst.

The moral of this (still developing) story is that, if you have an elderly family member whose care you oversee, you need to be a proactive participant in their health and treatment plans to ensure that you understand exactly what they’re taking. The lesson: don’t blindly put your trust in care facilities that may allegedly be making treatment decisions based on financial gain.