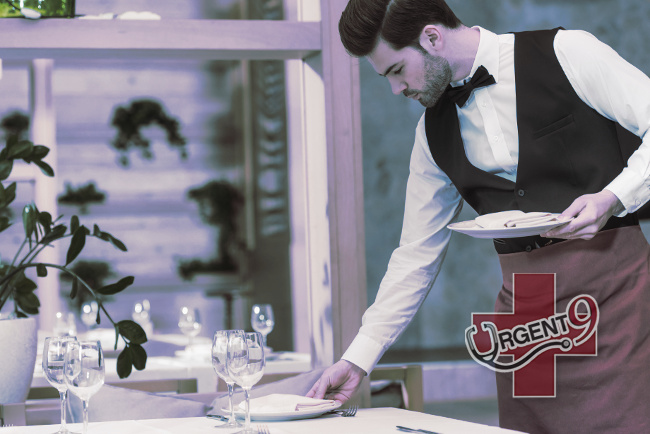 It’s no secret that service industry jobs are among the most taxing — physically, mentally, and emotionally. Until now, however, we didn’t realize just how deleterious a service industry job could be on workers’ mental health. A new study out of Portland State University of Oregon illustrates in stark detail how depression is manifesting itself in the uniformed folks we interact with every single day.

Service With A Smile… On The Outside

The service industry is tough. Anyone who’s held a job in that field, even for a few months, can attest to that. Low wages, weird hours, and often repetitive work is only the start. When you also add on the realities of dealing with the general public — who are frequently entitled or rude in their dealings with you — plus the frightening nature of relying on tips, you get a recipe for poor mental health.

And in fact, a new study out of Portland State University, Oregon seems to confirm just that. The study showed that stress, depression, and sleep disorders were all disproportionately higher in service industry workers. Those outcomes were even worse for workers who primarily relied on tips for the majority of their income. And finally, the outcomes were worst of all for women who primarily rely on tips.

The reality is that human beings are social creatures; and being subjected to poor treatment from customers, and then being badly compensated for that treatment has a significant negative effect on workers’ psyches. Particularly for women, many of whom feel like they need to flirt or be especially bubbly in their conversations, these interactions can become exhausting, draining, and depressing.

How Does Our Tipping Industry Affect Service Workers From A Mental Health Standpoint?

Although the social element of mental health impact can’t be downplayed, the researchers on this particular study seem to have  honed in on an even more damning variable: working for tips.

As it turns out, worrying about money is a great way to foster depression and anxiety in humans. In case you weren’t aware (though you probably are), workers like waiters and bartenders are allowed to be paid a laughably low hourly rate — sometimes as low as $2 and change per hour — because the government expects that they will be tipped on each transaction they oversee.

That’s all fine and well, until you realize that many people tip poorly… or not at all. Or, that people expect women to act “a certain way” in order to receive a good tip. This puts many female service industry workers in an incredibly difficult position. Do they play along in order to make their rent money? Or do they stand up for themselves and risk the financial hit?

For most of us, we have a pretty good idea about what our monthly take-home will be every 30 days. But for tipped workers, that’s simply not the case. The income swings and related stress takes it’s toll over time, and the result can engender mental health problems in just the same way that neglecting your body will result in physical health problems.

What’s the takeaway from all of this? Well, that’s largely for voters and policymakers to decide, at least when it comes to the tipping aspect of this equation. For our part, though, we can each do a little bit better making our friends in the service industry feel valued and appreciated every time we interact with them.