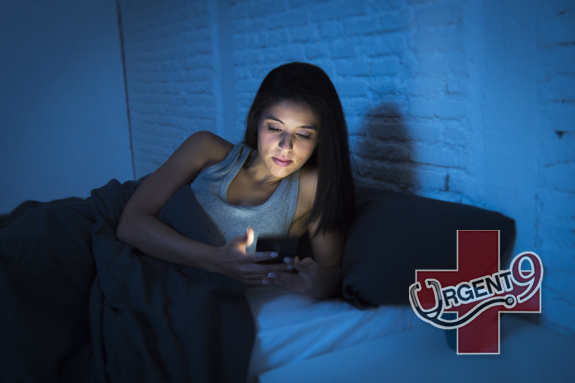 Staying Up Late Consistently May Reduce Your Lifespan

You’ve almost certainly described yourself as either a morning person or a night owl, and chances are you understand that your body wants to be one or the other. That’s true — but new research suggests that night owls are actually shaving years off their life through their sleeping habits.

Whether you’re a morning person or a night owl, you might think that people on an opposite wakefulness cycle are doing so by choice. However, most research shows that’s just not the case. Humans can and do exhibit different preferences for their window of consciousness during a 24 hour period, due to natural differences in our chemistry.

However, the more we learn about these sleep/wake cycles, the more we’re finding through research that one of these tendencies is far better than the other. It seems that being a night owl doesn’t just lead to some foggy mornings and strong cups of coffee: it’s likely taking years off of your life without you even knowing it. The University of Surrey published a wide-ranging piece of analysis last week that looked at over 400,000 participants over almost seven years.

The researchers discovered that those who consistently stayed up late had a whopping 10% increased likelihood of early death. Their hypothesis? That the world is constructed, socially and physically, to begin early in the morning and end not too long after nightfall. That’s a cycle that is referred to as your “circadian rhythm,” and straying too far from that pattern causes your body to essentially fight against its natural tendencies, resulting in higher risk for diabetes, elevated blood pressure, and some types of cancer.

How Can You Become More Of A Morning Person?

These negative findings regarding night owls have nothing to do with any perceived lack of sleep — the study controlled for hours of sleep per night as well as pre-existing medical conditions. It’s about when the sleep and wakefulness occurred, not how much of each there is.

So, let’s say you’re a night owl willing to renounce your 1am ways in order to lead a healthier lifestyle and hopefully live longer. What can you do to get your circadian rhythm back on the track that external forces want it to be on? Well, as it turns out, there’s no easy answer… especially for people who are truly night owls and feel forced by their body to stay awake late no matter what they do.

For many people, incorporating exercise into their daily routine is one of the best ways to re-align their sleep schedule. Days spent lazing in front of the TV and computer might stimulate our mind, but our restless bodies won’t feel like they’ve done enough to get a good night’s sleep. A great way to fall asleep faster and earlier is to give your body what it wants, which is thorough usage and appropriate challenge throughout the day. Have you ever noticed after a long day of walking around, doing many things, or engaging in a lot of activity, that you find yourself saying you’ll “sleep like a baby” that night? Get in the habit of putting yourself through those kinds of paces more often, and you just might be able to spend more time with your loved ones in the long run.