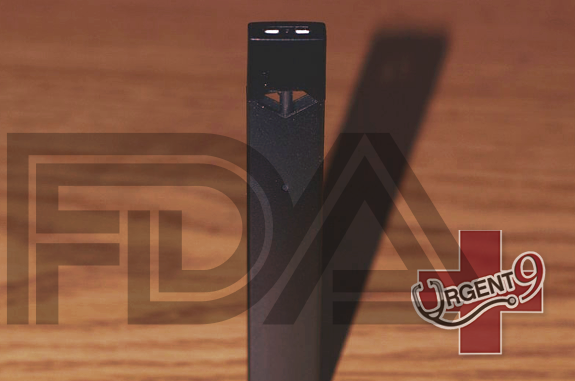 The FDA Is Cracking Down On Underage ‘Juul’ Sales

Looking almost identical to a flash drive, you’d never suspect that a 16 year old holding a Juul was doing anything wrong. Yet, these potentially addictive e-cigarettes are finding their way into the hands of underage users, and the FDA has had enough.

If you know what an e-cigarette is, you know what a Juul is. The Juul device is simply the latest iteration of popular vaping hardware, with one major distinction: it accounts for 54% of the vaping market, and it’s wildly popular with teens.

That’s a problem that the FDA isn’t about to take lying down, given their organization-wide stated mission to severely reduce (and ultimately end) tobacco usage in new generations of Americans. One of the ways Juul has found its way around existing efforts to curb usage is the fact that they are (intentionally) designed to look totally innocuous, like a flash drive or other piece of unidentifiable benign technology.

That’s allowed kids to sneak them into school, all the while getting their nicotine fix in secret while becoming steadily more and more addicted. This sets young minds up for a potential lifetime of dependency that can lead to even more dangerous forms of tobacco usage as they chase the same buzz they initially received when they first began using the Juul.

This has become a big enough problem that some pretty significant groups have begun lobbying the FDA to take decisive, tangible action against Juul. Groups such as the American Heart Association, American Lung Association, and American Cancer Society have issued formal requests to the FDA to investigate and intervene before this problem becomes more widespread.

As part of their first attempt to crack down, the FDA has begun an undercover sting program to target brick-and-mortar stores that sell Juuls to underage kids (the legal age to purchase one is currently 18).

What’s responsible for Juul’s popularity among the high school age group? No one factor is immediately identifiable, but the conceal-ability, fun sounding flavors, and strong nicotine kick are all likely candidates. School administrators virtually nationwide are reporting that Juuls are becoming ubiquitous on campuses, and they’re not quite sure what to do.

The uproar over Juul is simply another reminder that parents should be vigilant about trends like this, and do what they can to compassionately educate their children to make smart, positive choices.