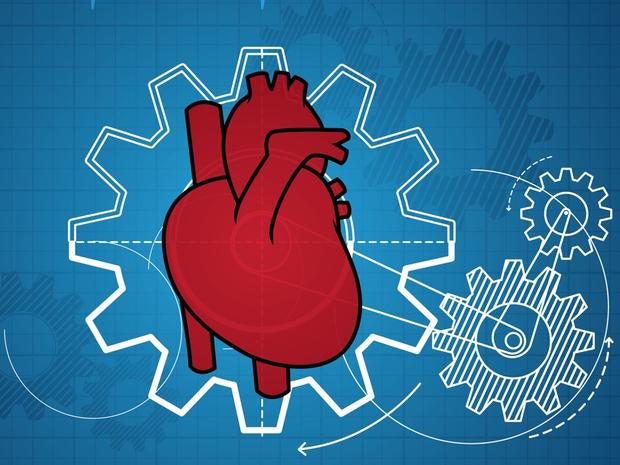 Of all the organs in the human body, the heart is without a doubt the hardest worker. Beating an average of 72 times per minute, it’s responsible for pumping 2,000 gallons or more of blood through the body each day. Using a network of arteries that is very extensive, its purpose is to provide the necessary pressure so that the blood it pumps out reaches each cell in the body, delivering oxygen and other essential nutrients.

What Makes Up The Heart?

A human heart consists of many parts, all of which must work together in order for it to work efficiently. Referred to as a double-sided pump, its four chambers take in blood and then pump it out. The blood arrives in the right-side, depleted of oxygen. As it enters the left side, it is enriched with oxygen and then pumped out through arteries. The four chambers are referred to as:

Blood enters the heart through the right atrium and sends it to the right ventricle, where it receives oxygen. The left atrium then receives blood that has been oxygenated from the lungs and sends it on to the left ventricle. A very thick chamber, it takes the blood and then pumps it out to the rest of the body.

Separating the chambers are four valves, which keep blood from flowing backwards. Right-side valves are known as tricuspid and pulmonary, while the left-side valves are the mitral and aortic. These valves act as checkpoints to ensure blood flows properly, but sometimes can find themselves being damaged. When this is the case, surgeons replace them so that all parts of the heart are functioning at full capacity.

Essential for life, the heart even has its own crown. Known as the king of the human circulatory system, the structure of the circulatory system actually resembles a crown. The arteries surrounding the heart are encircled in such a way as to resemble a crown, which is why it was given the name coronary circulatory system. When coronary heart disease occurs, plaque that has built up in the arteries blocks vessels and results in heart muscle dying due to a lack of oxygen. In addition, heart disease can occur if blood clots form in any of the heart’s arteries.

A complex yet still simplistic organ, the human heart has amazed physicians and scientists in its ability to work non-stop for sometimes well over one hundred years with few if any problems. As more research is conducted into the inner workings of this magnificent organ, there is little doubt numerous amazing discoveries will continue to be made. However, in the meantime it will continue to do its job of beating 60-100 times per minute, pumping thousands of gallons of blood each day and never stopping for a break.