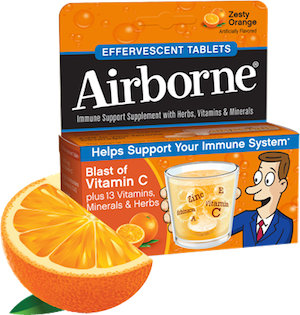 The Truth About Immunity Boosters

Nobody enjoys a cold or the flu, and most of us will spend hours searching for the most effective remedies. One of the most recent developments in the world of medicine is the immunity booster, which is often a tablet or powder that you dissolve in water. They are said to contain the right mixture of vitamins to help strengthen the immune system in order to fight off the basic cold and flu symptoms. This sounds great, but there is much controversy surrounding the average immunity booster. Many people believe that they do little to help fend off disease, but it is often hearsay will little evidence to back it. The truth is, immunity boosters can help, but it depends on what you are expecting to get out of the medicine you take.

Airborne is one of the most famous immunity boosters, but it is also the most controversial. Back in 2008, the FTC, or Federal Trade Commission, claimed that Airborne was essentially a sham. The result was, on top of a large fee, that Airborne had to reword their containers to say that their product could only “support” the immune system rather than cure a cold.

It is true that some of the ingredients in Airborne have shown no consistency in helping fend off a cold, but the main ingredients are pretty standard aids. Some of the ingredients include Vitamins A and C, as well as Zinc. The latter two are the most well known and sought after immune system aids. Whether or not the controversy was justified, the majority of what goes into an Airborne tablet will certainly help you to overcome your cold quicker, but it is no cure. 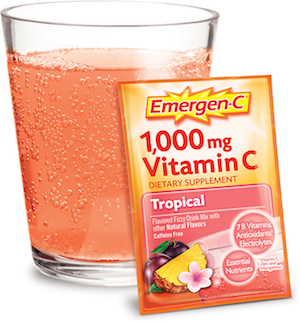 Emergen-C is another popular immunity booster. This one offers an unusually large dose of Vitamin C, which is widely believed to help strengthen the immune system. However, there is no undeniable proof that Vitamin C will lower your chance of catching a cold. The tests have been mostly positive, but not enough to warrant a guarantee.

There are no negative effects of taking Emergen-C, and all excess Vitamin C will be easily and naturally flushed from your body, so using it wouldn’t hurt. If you are willing to try anything, and don’t mind forking over the money, than it is worth a shot.

Are Immunity Boosters Worth It?

Most immunity boosters follow the same rule as the two listed above. They usually contain Vitamin C and zinc, which can help when dealing with a cold, but they are far from being cures. In fact, there is little that can be done once a cold develops. There are no guaranteed cures, but it is worth the effort to take as many measures as you can to strengthen your immune system in an attempt to recover as soon as possible.