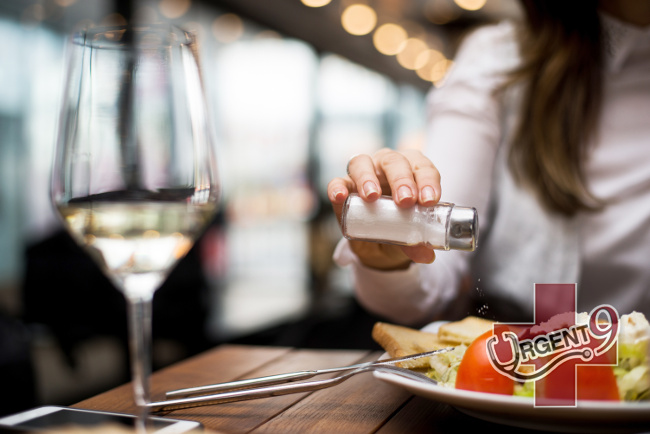 What Is A ‘Salt Detox’, And Why Should You Consider It?

There’s no shortage of reasons to cut down on salt if you want to live a long, healthy life. Increased blood pressure — along with upped stroke, cancer, and cardiovascular disease risk — can literally take years off of your lifespan. That’s why so many people are trying a salt detox… but they’re finding it a little more difficult than advertised.

They Tried To Make Me Go To Salt Rehab…

It’s a cruel fact of life that many of the things we find most enjoyable as humans also have the unfortunate side effect of slowly killing us. Salt consumption is one of those deliciously dangerous habits, as there is an ample amount of peer-reviewed evidence that shows its link to heart disease and a whole host of other undesirable health outcomes. This is primarily due to the fact that sodium intake, over time, will stiffen your arteries — important channels through which your blood is distributed throughout your body. This can cause strokes and heart problems if not addressed and treated in time.

Because of this, many people are trying a so-called “salt detox” to cut drastically back on the amount of sodium they get in their food. Realistically, though, a true salt detox is incredibly hard to pull off based on Americans’ appetite for salty snacks. You might assume that simply avoiding the salt shaker itself would make a big difference; but although that’s a good start, studies estimate only around 10% of your salt intake comes from ‘added salt’ from the shaker. It’s mostly coming from processed foods and also the general way in which foods like soup, pizza, and other favorites are created to begin with.

The reason why most people fall short in their attempt to do a “salt detox” is because you can’t easily quit sodium cold-turkey — in fact, it might be nearly impossible (and undesirable) to do so. Unfortunately, salt has the nasty habit of training our taste buds to crave and expect it, and we can build up sensitivity to salty tastes in time… which leads to a vicious cycle of more salt being added.

This has led experts to suggest that you stick to consuming sodium in foods that really need it, such as soup — which can taste downright bland and disgusting without enough salt to make the broth flavorful. In other areas, like nuts for example, opt for the salt-free variety. Although you’ll receive an initial shock from the lack of salt, over time you can re-sensitize your palate to a smaller amount of salt. That will help “low-sodium” items at the grocery store taste saltier than they actually are.

By staying realistic about how much you crave salt, and how important it can be in certain foods, you can make smarter choices than a blanket “salt detox” that ends up being unsustainable because of how prolific salt is in American cooking. As usual, it comes down to moderation and mindfulness: two guaranteed ways to give yourself a better shot at a long, healthy life!